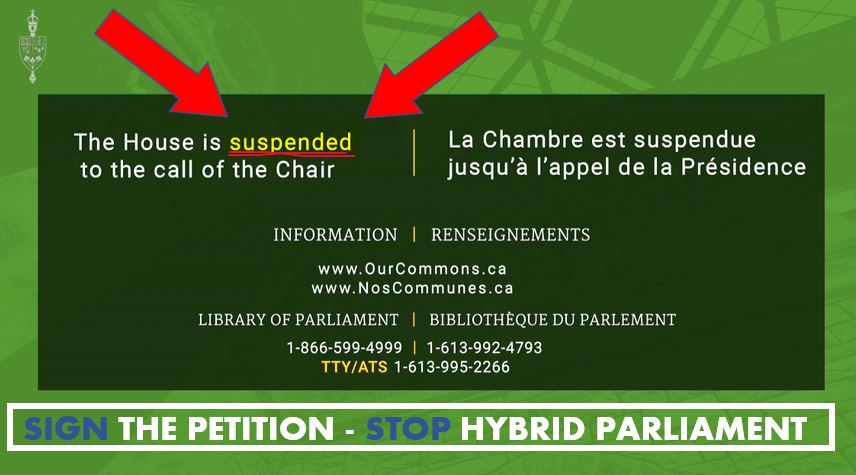 Millions of Canadians from coast-to-coast don’t have the option to participate in a hybrid workplace. Despite telling people to return to work, the Liberals and NDP are asking for special treatment and accommodations that average Canadians do not have access to.

The reason why Prime Minister Trudeau is putting forward a motion to continue hybrid Parliament is clear – he wants to avoid accountability. Many times Liberal Ministers and MPs will come to Ottawa for press conferences but refuse to show up in the House of Commons. The simple fact is that the Liberals will not be accountable in a hybrid system.

Hybrid Parliament needs to end and MPs need to return to Ottawa.